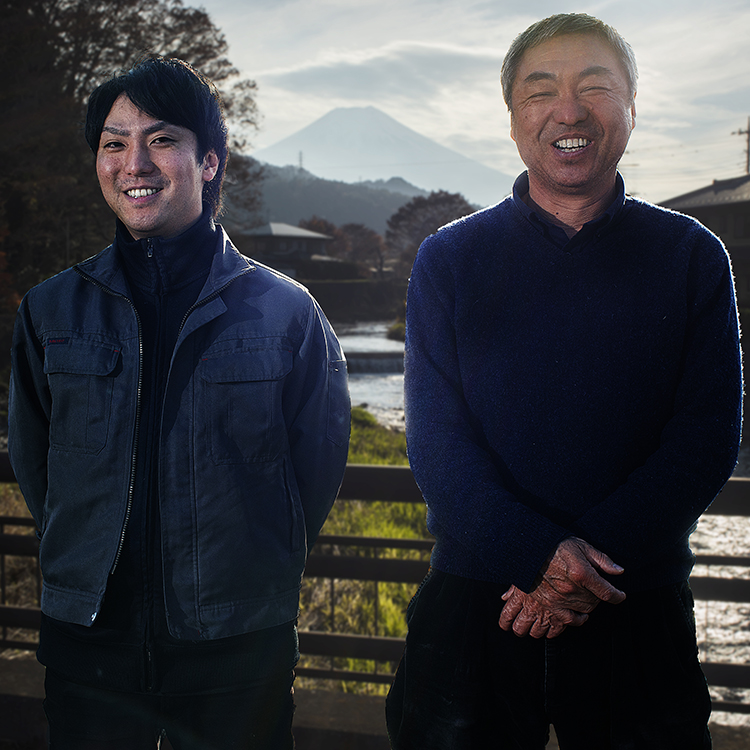 Producing a Comfortable Fabric from the Ultra-Fine Yarn Natural Materials.

By combining the finest natural materials and taking time weaving with an old-fashioned loom, they produce a fabric with overwhelming softness and lightness. It is an air-like textile that can be done only because all processes are carried out in-house.

Hideyuki Muto, President and CEO of Muto Co., Ltd.
Keisuke Muto, Managing Director of Mutoh Co., Ltd.
Mutoh Co., Ltd.
Founded in 1967. At that time, they were working on fabrics for wedding futons, but demand changed drastically due to changes in the market. In the generation of the current president, the company was re-founded as a workshop that handles fabrics for scarves, and they have worked on fabrics that are recognized all over the world.

Textiles in the northern region of Mt. Fuji

There are various theories about the origin of textiles in Yamanashi, but one theory is that during the era of the first emperor of Qin, Xu Fu, the master of medicine, came to Japan in search of the medicine for immortality, which was said to be in the “Mountain of The East Sea (Mt. Fuji)”, but he could not find it. Moreover, he could not return to his hometown, so he married to a woman in the village and lived there. It is said that the textile became popular in the village because the technique of the textile was transmitted by Xu Fu to the people in the village.