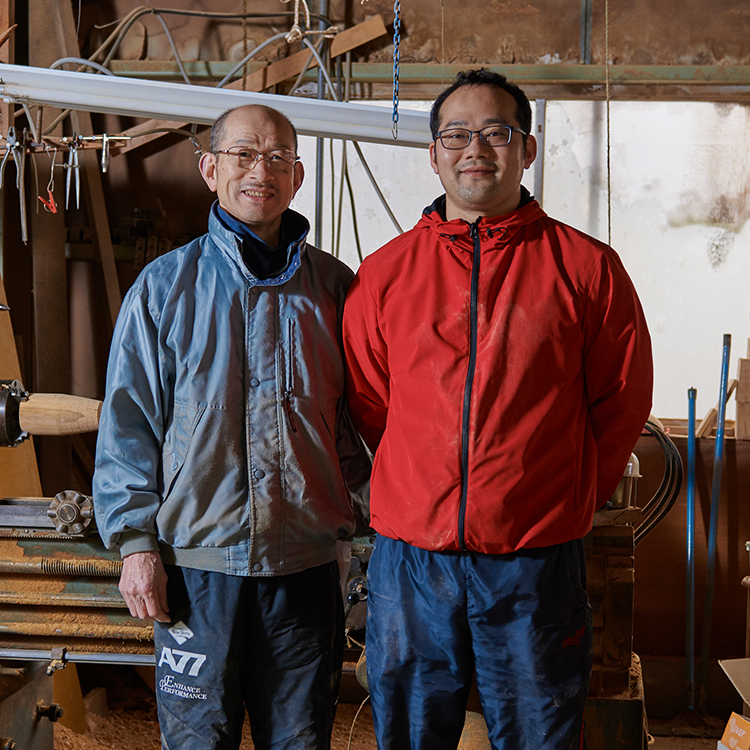 Lifetime Dedication and the Pursue of the Happiness of Career by Mr. Kubode.

He says that he discovers new things even now, after dedicating sixty years for this job, by thinking of woods every day. He once attempted to introduce a dryer to his atelier, which is necessary for the first process of woodcarving, but he was declined by many companies. However, he never gave up and made his own dryer by himself. This describes his attitude towards his works – providing necessary gadget by himself as majority of craftsmen do so, and never be afraid of introducing new technology to overcome what he has never done. It sounds hard, but he says he has never been tired of it.

Many of the materials used in lacquerware are wood. The woodcarving artists are responsible for the process of molding the wood into the shape of a vessel after Arabiki-shi roughly shaped it. The characteristic of Yamanaka area in Ishikawa prefecture is its technical capabilities to make use of the material itself, “wood”. It should be noted that it is a technique that is performed only in Yamanaka area called “Tatedori” (literally: vertical taking) which makes the material wood resistant to distortion by cutting the vessel out of the tree along the direction that the wood grows.