Jun NISHIKAWA
Motor journalist
Born in 1965, Nara Kyoto. Graduated from Engineering Department of Kyoto University. He has been the Deputy Editor of Recruit Car Sensor Company and made an independent editorial production in 1999. Writes for magazines, news expresses and net-media as a freelancer. Writes articles about luxury car, vintage car and super sport. During 2018 to 2019, serving as the selection committee for Car of The Year Japan. And he is member of Japan journalist association. He writes and spreads the history and culture of automobiles and keep criticizing the industry and civilization. Now living in Kyoto. 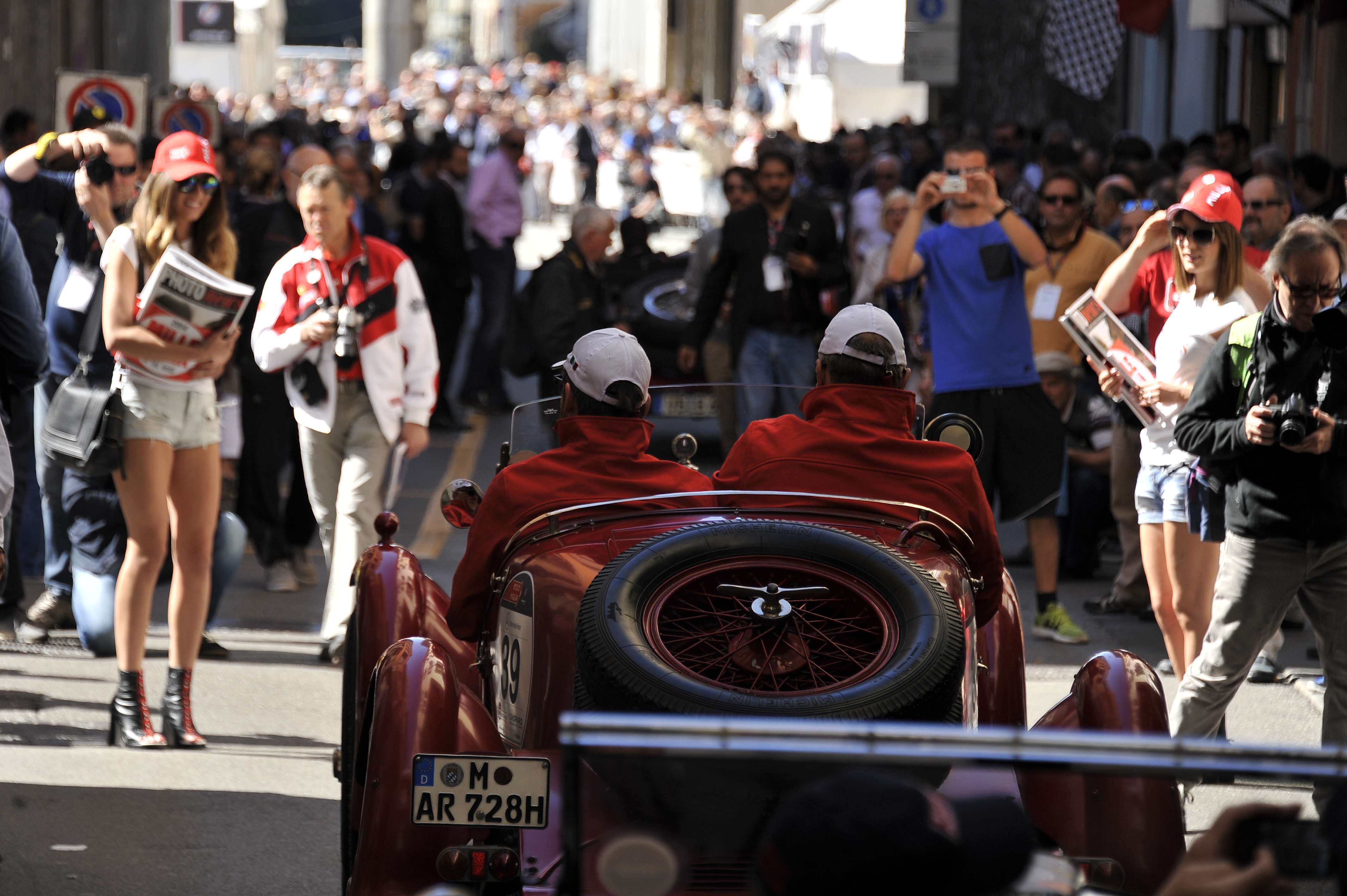 Driving events are now rising all over the world (Although it is only in the automobile advanced country) by vintage car enthusiasts. It can be said that in Japan, from the rally touring events to the circuit events of classic racing car, keep increasing both in numbers and types. It is no wonder that the people in the world who are interested in the cars of the opposite pole to the practical car such as the electrification and automation advances will be able to gather more and more. This time we want to confirm the fact a little from inside of the Millie Miglia, the highest peak of the rally event.

Miglia is an Italian word means thousand miles. Because all race is 1600 kilometers long. From 1927 to 1957, the original Official Highway Race has been held for over thirty years. The luxury brand cars at that time, such as Alfa Romeo and Bugatti, ran throgh a tough severe race, start from Brescia to Rome and return to Brescia.

A disastrous accident occurred in 1957, and the subsequent event was forbided, but it revived as the present type rally event in 1977. But ruled only the types of cars which have joined the race and produced through 1927 to 1957, or the cars as same type (the same brand car is permitted) as those produced during that period can participate the competition.

The number of participants now exceeds 450. Even if let three cars depart together every minute, it would take about two and a half hours to make all cars depart, so that the participants who get a big number zeichen (cloth printed with numbers) will be late to the destination. 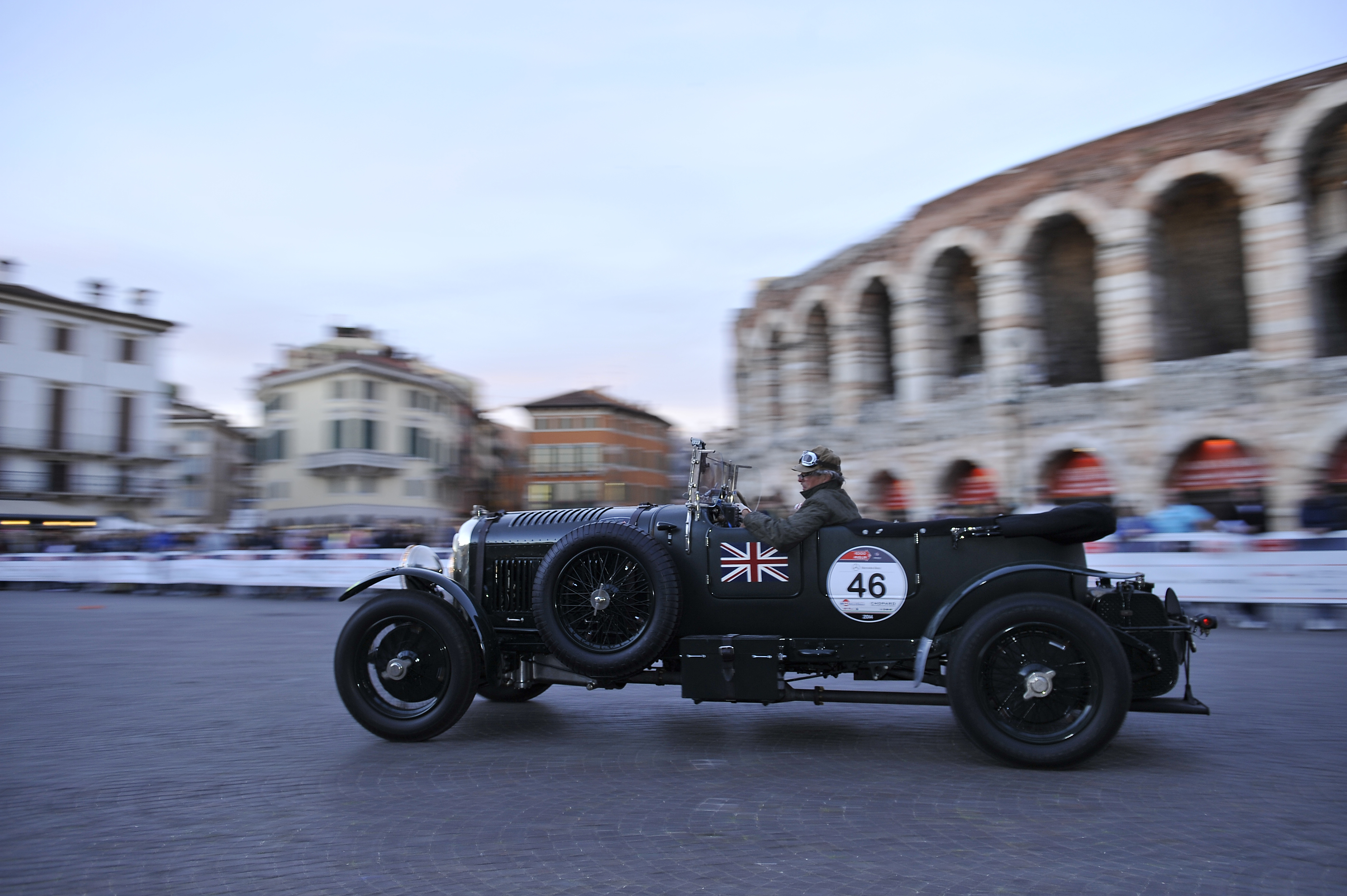 By the way, the arrangement of zeichen first came from Brescia’s late brand, named OM, followed by chronological order. In the other word, the old cars can depart earlier. Japan’s rally event also follows this rule, that’s one of the reasons why all the participants would like to buy the old machines those produced before WWII. According to the old style, the start is in the center of Brescia. participants prepared the car three days before the rally and finished checking the car two days before the rally and sealed the car body in the last day before the rally in Brescia city. And have to finish the series of preparation all by their selves.

I participated the rally with a friend last year, we were driving a 1927’s Bugatti and trying to record and report the rally in the order.

In the first day, after enjoyed the lunch in the Miglia Museum (Great spot for classic cars lover!), we left for the start of the rally. I was so exciting and nervous that I could consider nothing.

The start was seen by many audiences. Last year’s course was over 1700 km and should be finished in four days. The severity has been better than in three days, but it was not a distance could be cleared easily by vintage cars produced over 90 years. 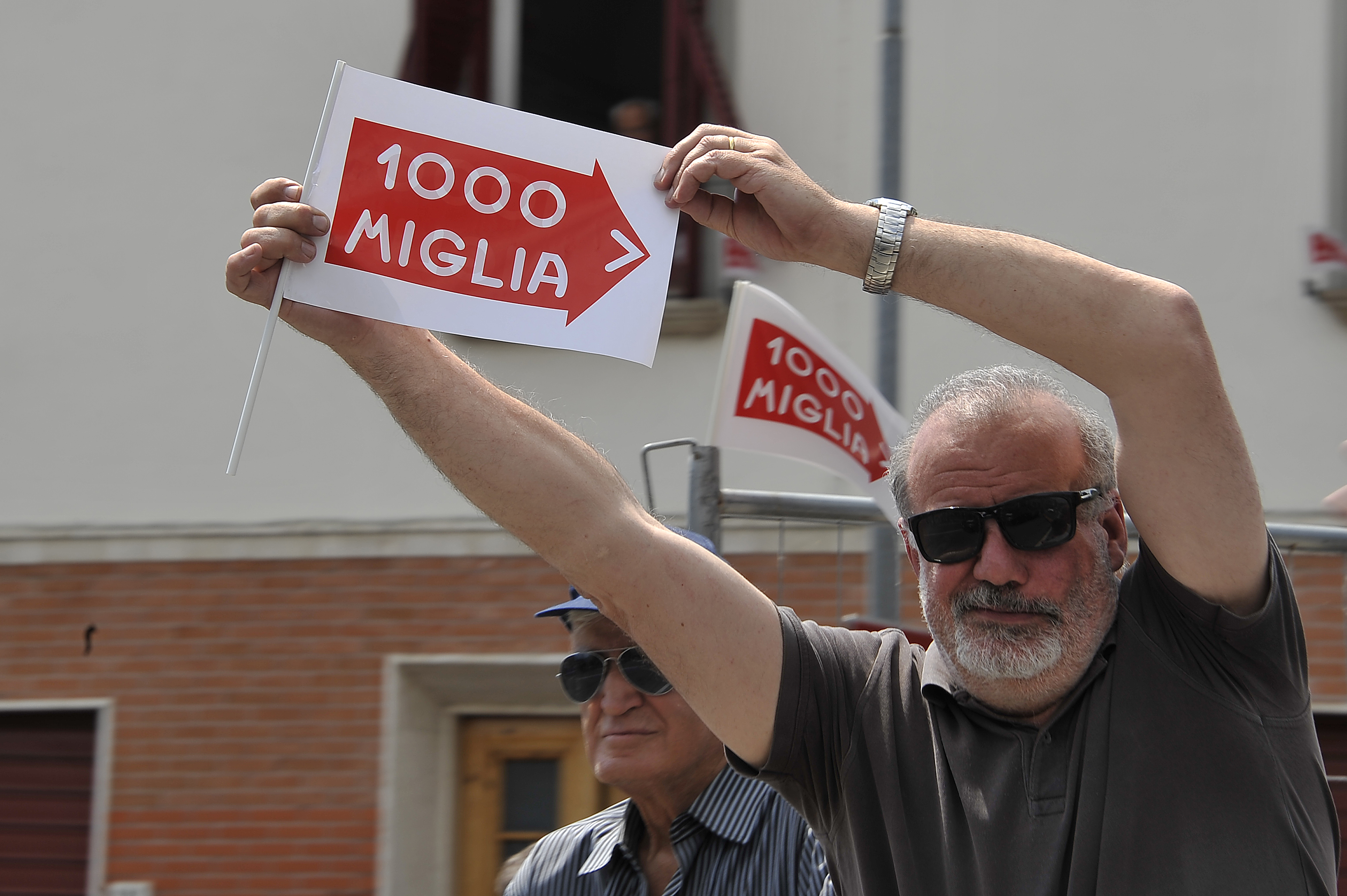 The first day was 280 kilometers to Padova. The people sit in assistant seat play a Navi role, do the assistance of time control and compete through the PC (compete to arrive at the correct time from the settled 120 spots in the trip) to support the driver. We got the zeichen of No. 50, but there were all experienced warriors around us who have participated this rally many times. When we tried to show friendly greetings to our audiences, we saw our competitors catched up quickly. We were exceeded in one second and without hope to catch them up again. There might be a passing prohibition, but the car already on the opposite lane. And even no one obeyed the traffic signals. We lost words for the competition style which would never be happened in Japan. Yes, this is true Miglia. Due to the nation’s condition, the police riding on blue bike guiding and arranging the traffic in the front of the race at the important positions. We drove carefully in the first day, and late for eight minutes at the first CO (the time of arrival). So that’s why the participants drove so fast, if you obeyed the traffic rules, you would not arrive in time.

We arrived at Padova when it began to get dark.  Later Part