Jun NISHIKAWA
Motor journalist
Born in 1965, Nara Kyoto. Graduated from Engineering Department of Kyoto University. He has been the Deputy Editor of Recruit Car Sensor Company and made an independent editorial production in 1999. Writes for magazines, news expresses and net-media as a freelancer. Writes articles about luxury car, vintage car and super sport. During 2018 to 2019, serving as the selection committee for Car of The Year Japan. And he is member of Japan journalist association. He writes and spreads the history and culture of automobiles and keep criticizing the industry and civilization. Now living in Kyoto.

The author has participated the Millie Miglia, the peak of rally events. After the baptism of the first day, they drove into the climax of the competition. First Part 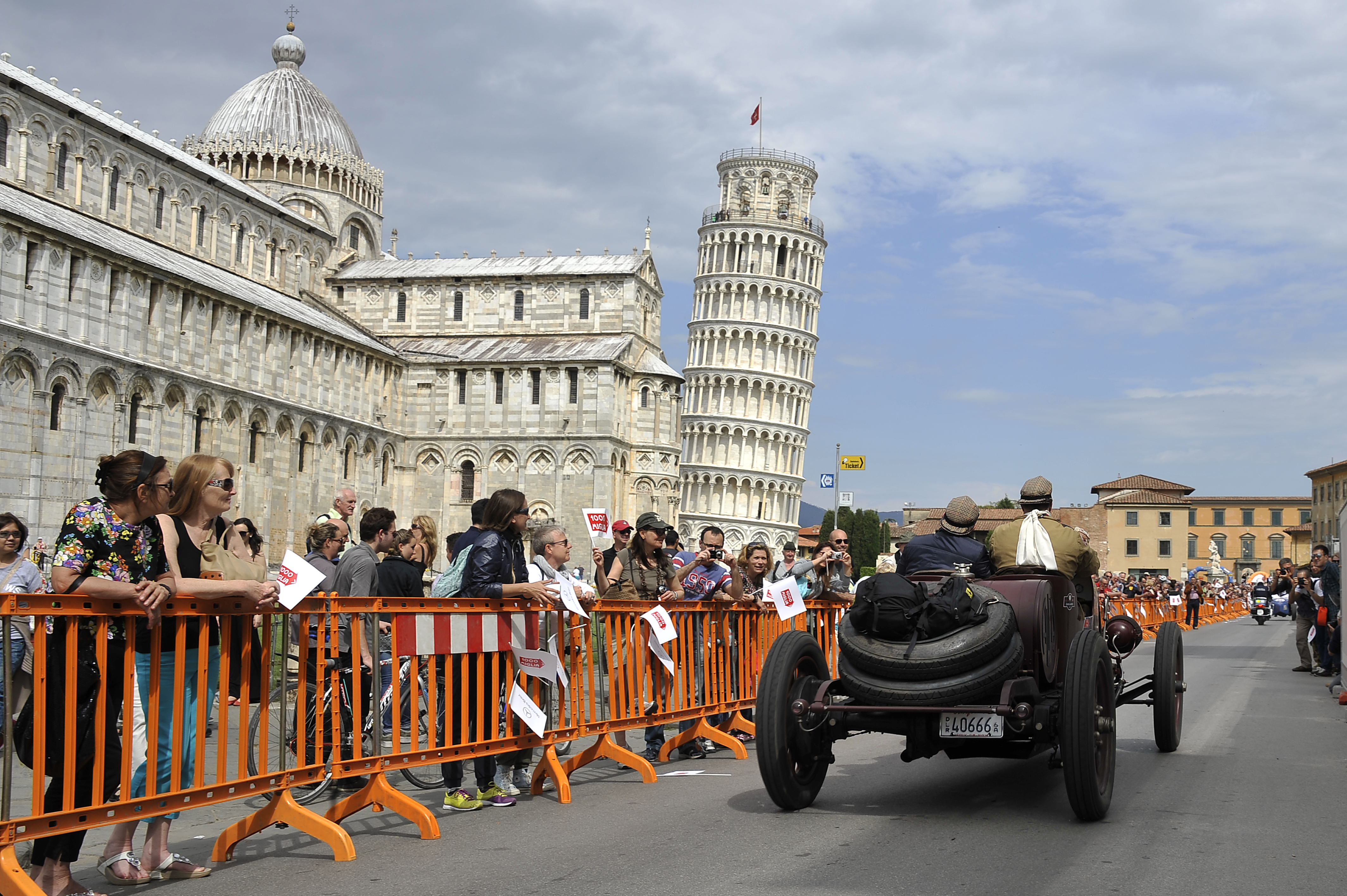 In the second day, we ran to Rome. This was the longest running day of the rally, about 700 km. We departed at 7 in the morning. There were several CO (time of arrival) and PC (timed tests) on the road, and if we entered an historical old street, we would get a stamp point (a passing check), the average speed fell because we had a lunch break. It would take 14 hours to reach Rome on an average speed of 50km/h! But after a deep consideration, we still wanted to try. The average speed of the cars of 90 years ago is 50km/h, it means we would run as possible as we could!

There were wonderful towns such like Ferrara, Perugia and Urbino, but the Republic of San Marino was one of the most charming places. It’s a very precious experience for us to drive through the narrow road of the fortress city.

Finally, we reached in Rome, but after that the calamity was coming. A heavy rain hit down suddenly while we were parading in the city. As soon as we put up the hood, it was soaked through, we got back to the hotel like a drowned mouse. And it was almost the next day when we got back.

The third day we had 500km to run. The stormy of last night just like never come, it seemed like a sunny day in the northern part. We departed at 7 in the morning again. When we almost left Rome, the clouds became weird suddenly, the rain was coming again! We hurried stopped the car on the roadside and put up the hood. Although the hood might be only protecting us well from the sun light, better than nothing. And the rain became heavily gradually. 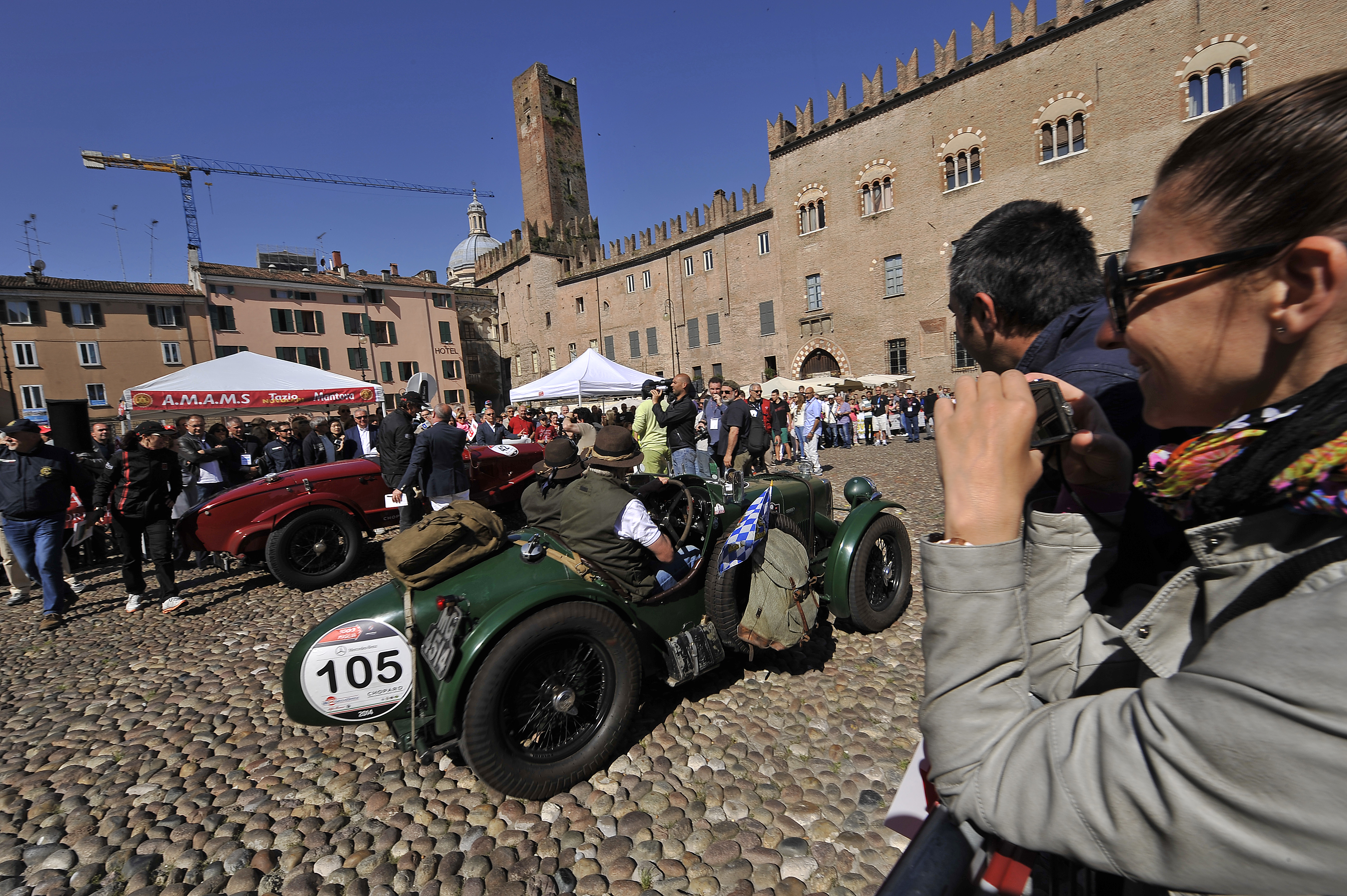 After the rain it was such a fine day when we reached Toscana. Many audiences gathered in Piazza del Campo (Campo Square) of Siena. And this’s another highlight of Miglia.

Finally, the final day was coming. There were only 250km left! This was almost the end of the journey. Although there was no slack, an accident happened shortly after the beginning. The engine stalled suddenly. But fuel and starter were no problem, but the engine couldn’t be ignited. I didn’t know what happened, due to the judgement of the driver, we should change the plug. But we were really very lucky for that our mechanic support wagon was stopped near us. It was really so luck.

It took about 15 minutes to change the plug though, the Bugatti was recovered well. My and driver’s mood recovered too, and we began to take on the final challenge.

The city Mantova, where there Tazio Giogio Nuvolari, the best racing driver ever, was born, made the tiring rally wistful. My body was relaxed at once when we returned Brescia. When we entered the city, all participants took full throttle, four or five cars lined up side by side and ran through a wide road. Just like reproduction of the public race age. 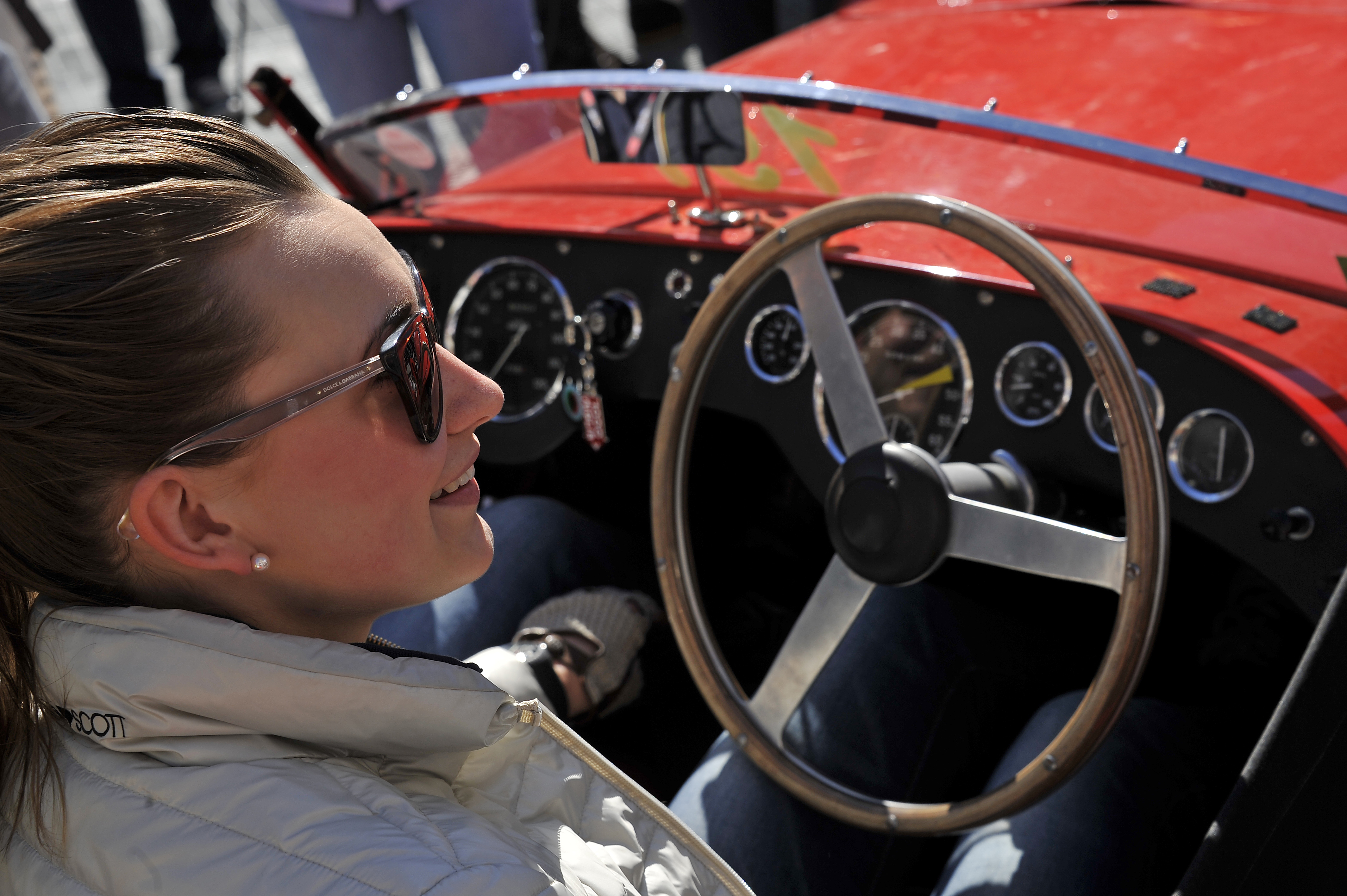 At the moment of the end, I considered I want to come again.
This rally is so addictive.