Japan-made textiles that fascinate the world

Do you know that in the past few years, Japanese textile workshops have exhibited at exhibitions around the world and have presented to top Maisons? It is said that japanese textiles are gaining support from designers around the world, as it is said that they will not adopt a strong Maison unless it is made-in-Japan. Kiwakoto’s textile-related designer Kajihara continues to select Japanese textiles as his life’s work and propose them to overseas Maisons.
This time, we will deliver the series in four installments “Partner Talk – Japan Made Textiles”
Textile designer Kanako Kajihara and Kiwakoto Director Yoshimura listen to the stories of workshops with leading Japanese technologies and delve into the story of how they have grown with a commitment. 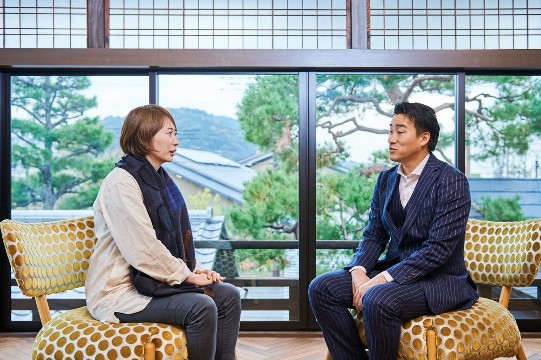 Yoshimura:
How many global textile events do you have per year?

Yoshimura:
What do the world, especially the top maisons, want from textiles?

Kajihara:
We are looking for textile designs to shape the direction that the Top Maison wants to express. It is important to make proposals based on understanding the world view of each Maison, but we also need new concepts and designs that capture changes in society one step ahead. In addition, we are always looking for stimulation from a global perspective. I think that it is sensitive about the latest information and technological innovation of the textile with originality.

Japanese technology to pursue the potential of textiles

Yoshimura：
What is the evaluation of Japan Made? What do you feel the value of?

Kajihara:
First of all, it is technical technology. Japan has technologies that are recognized as the top level in the world. The combination of technologies that exist only in Japan, developed from Japanese kimono culture and traditional crafts, and processes ranging from unique yarns, weaving, knitting, and processing, and its development ability to pursue delicate, high-quality finishes have been highly evaluated. It is a Factory in Japan that pursues the limits of textiles and can make the thinnest fabrics in the world. In addition, post-processing technology that can express a particularly complex texture is attracting attention from overseas.
Second, it is spirituality. In particular, I think that I am longing for the simple, modest and strong spirit of The Japanese, which is handed down from the culture of wabi-sabi, tea ceremony, flower arrangement, kendo, and other traditions. Among them, it continues to be popular for the texture and color of old-fashioned stray clothes such as indigo dyeing and sashimi.
Third, production management capacity. Japan is likely to be able to respond sincerely and honestly, and its credibility in business is highly evaluated. I think Made in Japan has a high value-added image of high quality. 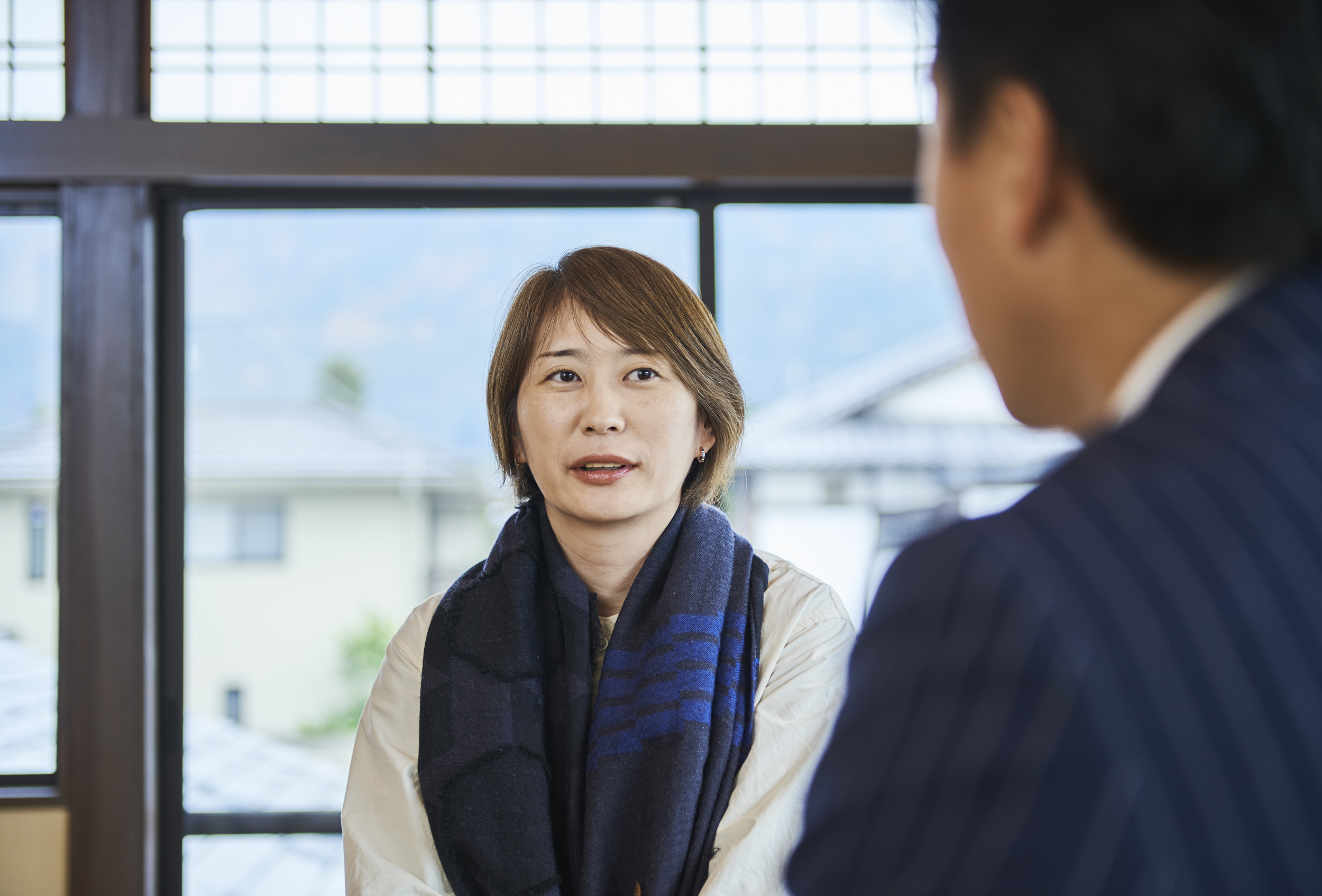 Yoshimura:
Kajihara you are continuing to select textiles from each region and propose them to the Top Maison, but what was the reason why you were thinking about working on them?

Kajihara:
My feelings for Japan and my passion for the textile industry have had a big impact on me when I was studying in the UK.
While working in expression overseas, I was always asked about the environment, ethnicity, culture, and ideas that I grew up in. In the process, I reexamined the uniqueness and spirituality of Japanese history and culture and learned once again that traditional dyeing and weaving has rules and meanings in line with the message and customs of colors and shapes.
I also noticed that there are many people who are interested in Japanese culture overseas, but after I put myself overseas.
However, i think that the current Japanese tradition has become something that cannot be easily used because there are problems that have not been able to cope with the changes of the times, including the expansion of the growth of Western style after the war and the expensive price range.
In addition, as the traditional craft industry and kimonos are sluggish, the number of artisans and going out of business has also become a problem.
In addition to the technological succession of traditional crafts, the Japanese textile industry has been increasingly producing products since 2000 due to the rapid growth of production areas in Asia, such as China. The battle of the industry which is multiplying the survival by the development of the one-of-a-kind that can only be done in Japan continues.
As the future of the future is more digital and there is a possibility that we will move away from the past, our generation must try to connect tradition to the future. I wanted to return from overseas and do activities that would allow me to continue the Japanese culture and textile industry.

For the 12 years since I returned to Japan in 2006, I have been working on the field of production, leading proposals for the future in design, and communicating Japanese manufacturing, but I still think the road is not easy.
Since many small and medium-sized enterprise manufacturers are not in a situation where development, expenses, and operating expenses are smooth, long-term reform plans are difficult to develop and require narrowed development and short-term results. On the other hand, it is necessary to move to develop sales channels at the same time, and I felt many difficult barriers, but since there are no goals, I want to overcome it with an awareness of continuing.
In addition, the production volume of orders ordered in Japan has been decreasing, and many companies tend to be reluctant to design even though they are good at developing technology at a turning point in which in-house development of factories and in-house sales capabilities are required. There seemed to be stress in creating a design in-house that was not sure whether it would sell. Therefore, I try to suppress my position as a designer, explain trends in colors and patterns that make use of marketing as an easy-to-understand manner, and discuss development after understanding production efficiency, so that the factory people are conscious of how to proceed without anxiety.
In addition, the problem of aging of factories is large, and I have seen many scenes where young people do not last long even if they come in.
I think that it is difficult to grow the work of the reform which plants the seed of the future in the place where there are few people, but how to make the first entrance of young people as the times change, I think that it is necessary in any production area to create a system to think about the future together. 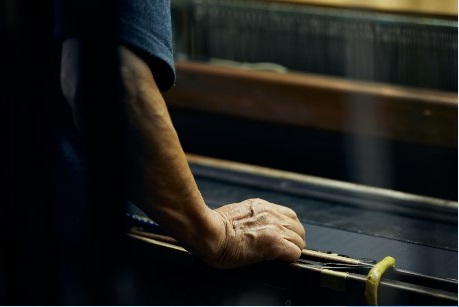 Yoshimura:
I thought textiles were a equipment industry. There is a machine, and it is possible if there is raw materials. However, if you visit various production areas, it does not mean that anyone can do it if you have a device.

Kajihara:
Mass production-type work that can be done if there is a machine and raw materials may be becoming the role of other countries.
If you’re doing something easy and easy, you’ll lose the global price competition.
In order to continue the textile industry in Japan, it is necessary to have the spirit to take on challenges and the ability to think.
Each manufacturer has his own ideas for making machines, yarn, and materials. In order to be able to face and face processes that take time and effort, it is necessary to have a person with strong feelings and patience. I think that it is important to leave the industry of the making of the thing to raise such a person.

Yoshimura:
How is Kyoto’s textiles evaluated globally? There are some studios that are branded.

Kajihara:
Although the overall production volume has shrunk, Japanese culture remains, and I think Kyoto in particular still has a large weight in Kimono.
However, I think that the proposal for overseas fashion mode is at the stage where the system corresponding to the global is not sufficient. For example, in the main development of Japanese-style kimono, the point that uses a small loom does not match the standard of fabric width of clothmaking of Western clothes, there is a part that is difficult to sell overseas.
On the other hand, there is also a top maison that always comes to Kyoto for research every year, and the possibility of textiles in Kyoto is expected from all over the world.

At Nishijin-ori, Hosoo of Kyoto has made it possible to respond in w width, and I think globalization was rapid.
As the number of contacts with the world increases, information becomes easier to enter, and I think that it captures the beauty of Japan that the world appreciates for its design.
In addition, Hisayama Dyeing Co., Ltd. has continued to develop by adding unique processing ideas to the hand-stained technology, so it has been evaluated by the top Maison. I think that it is easy to receive evaluation on a global ground if it is recognized as a standard that is easy to use as a textile only here and is easy to use as a cloth and interior material. 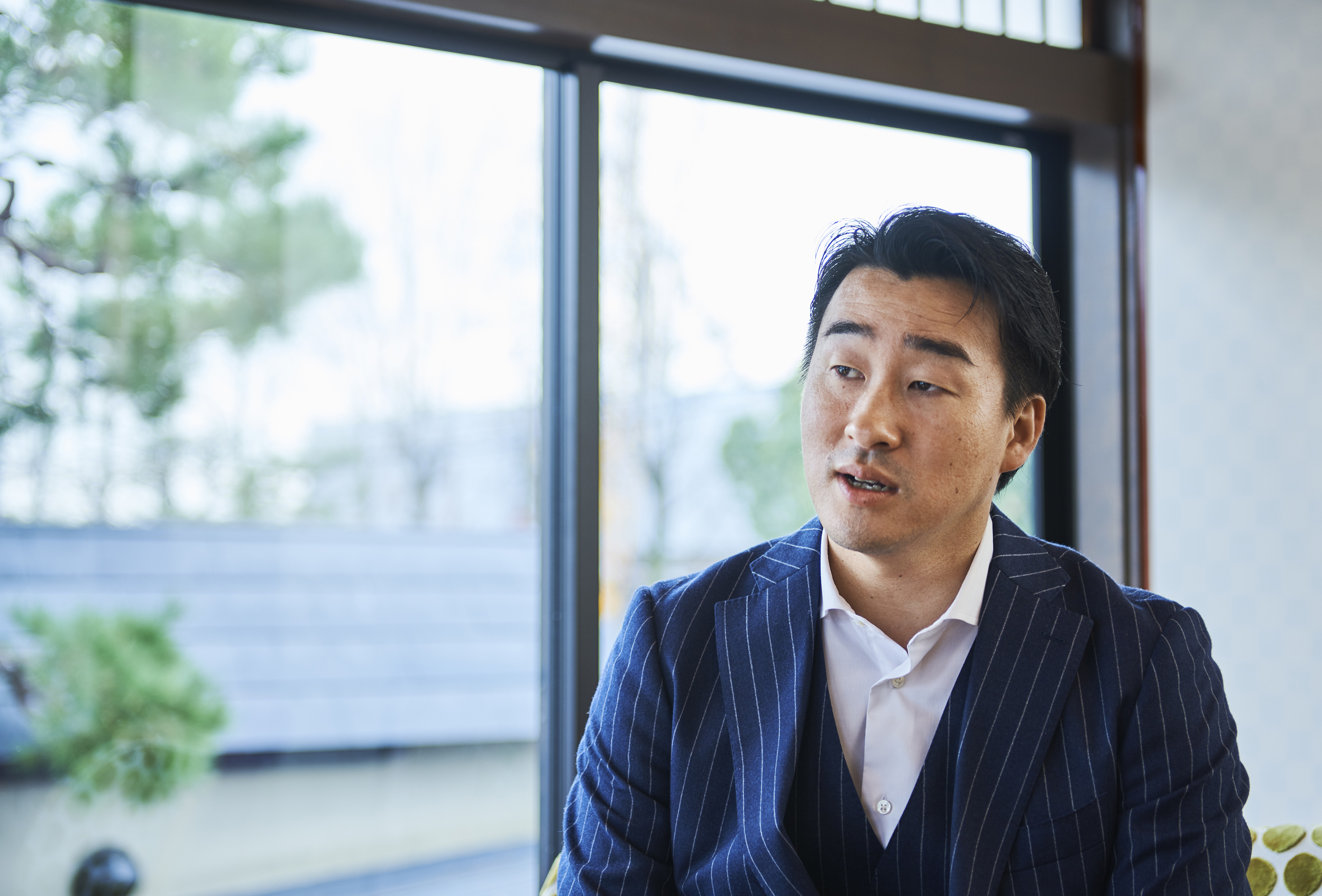 Yoshimura:
The value of Japanese textiles that We have cultivated through the efforts of each workshop with the ability to act when we realize that there are opportunities overseas. What do you think is necessary now to connect this to the future?

Kajihara:
I think that it is important not only the desire but also the realistic execution whether it is possible to try to connect to the future by the thought of the people involved.
First of all, I think it is necessary to learn the direction that the global market and the target brand want. I think that it is a game whether it is possible to know the color, the pattern, and the texture that the age demands, and to propose the design that the top maison wants.
Second, I think whether it is possible to show the timing well and produce it quickly. Since there is a period of presentation, it is very important to be able to introduce it there. In addition, it is whether it is possible to produce accurately according to the global standard after receiving the order. In the fashion of quick development, time is the game. Short delivery times are always required.
Third, it is necessary to think about not only textile sales but also product sales. As a mechanical equipment, there may be a limit to the development of textile sales that quickly deploy textiles of techniques that take production delivery time, and there is a factory that can only produce small quantities. I think that one way to develop a line to sell products that make use of original technology globally.


Next time, it is the charm of the highest peak silk brushing made in Izumi Otsu, Osaka.