Since October 2019, we have held frequent events to practice “Tea Ceremony style in line with the current lifestyle” of Contemporary Tea Ceremony.
Kiwakoto Flagship Store celebrates the first New Year and reports on the tea ceremony held on January 19, 2020. 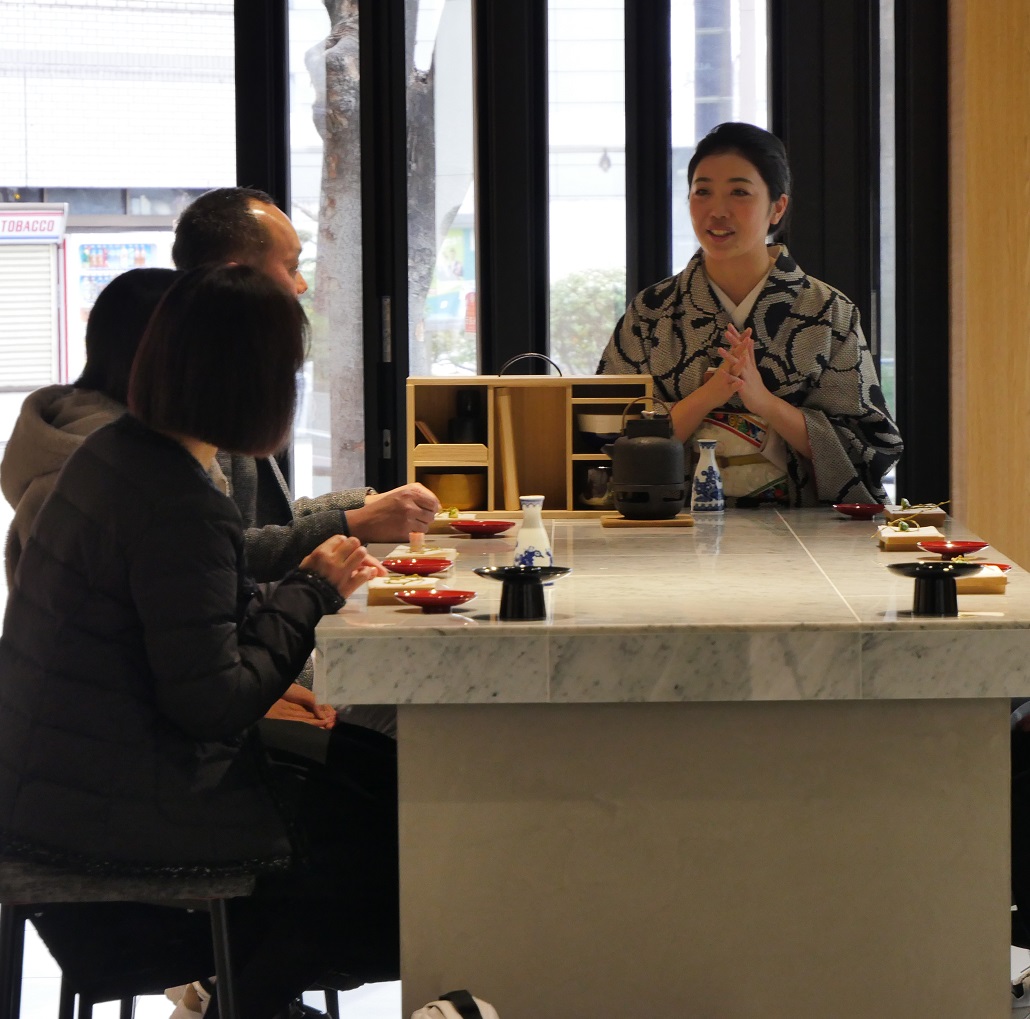 Kyogen that starts suddenly in a shop in the street. 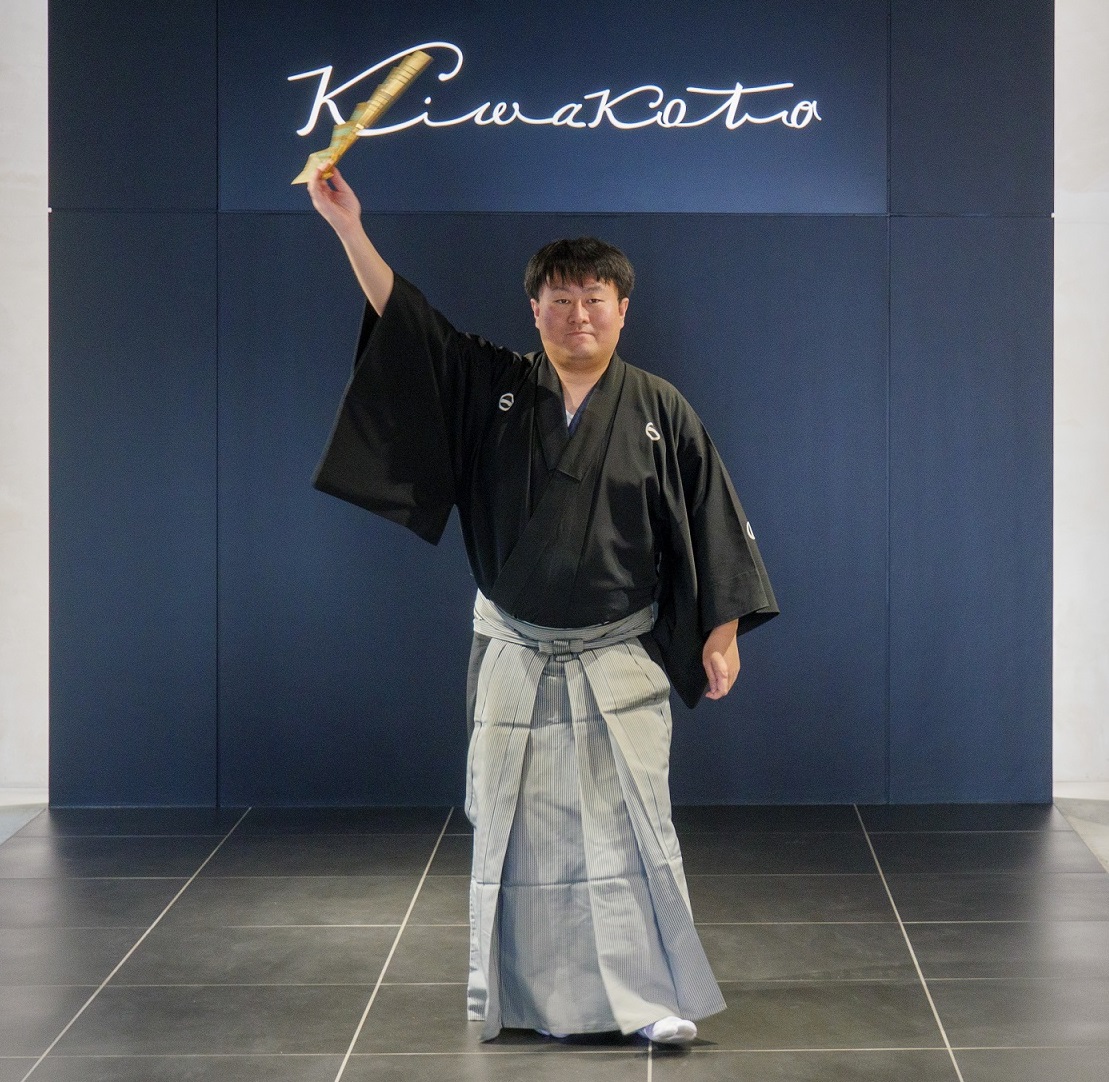 Kyogen is a traditional performing art that has been handed down since the Muromachi period. But it’s not too serious. It is an interesting and funny play that cuts out the daily life of the common people comically and makes a smile spill naturally while watching it. 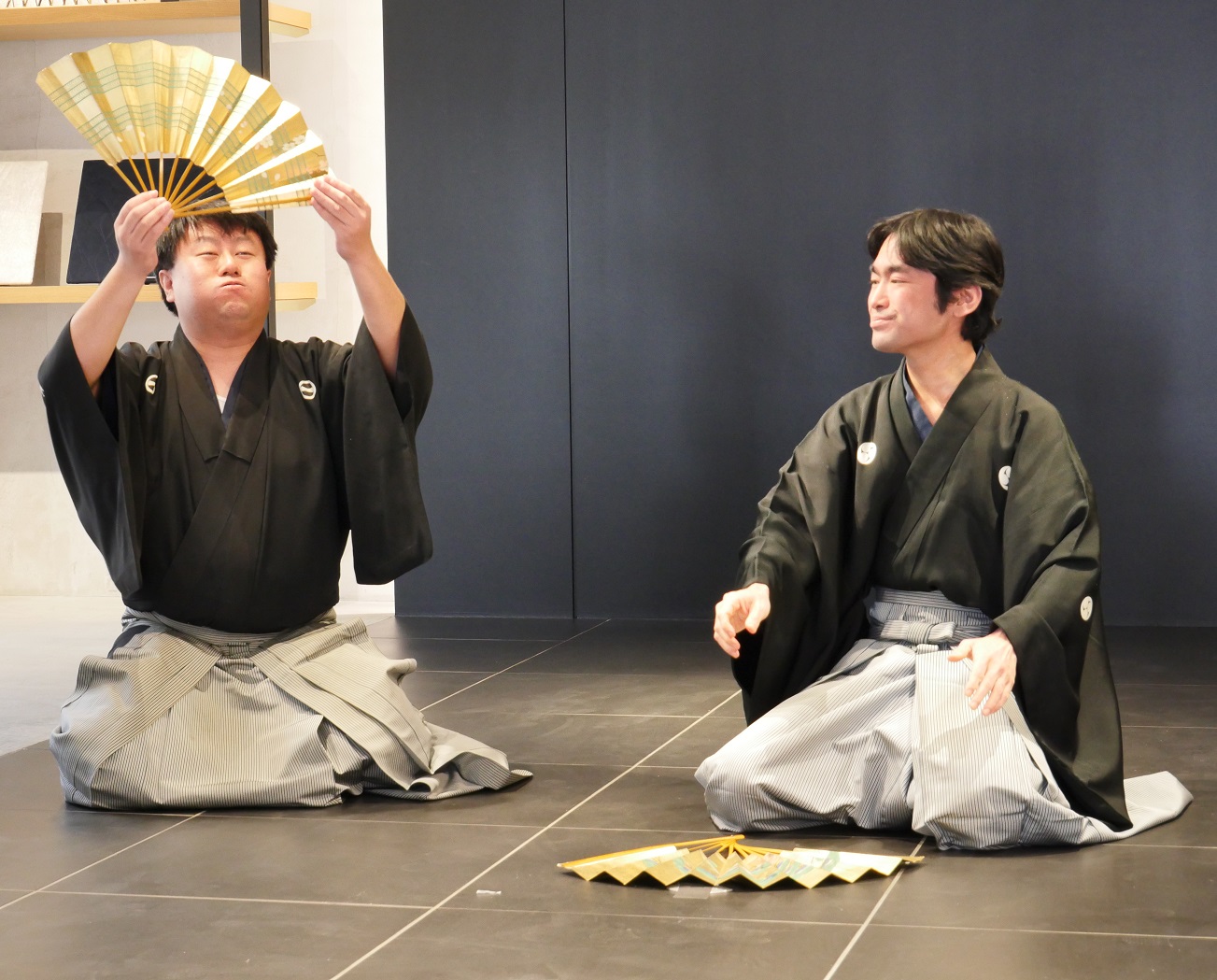 New Kyogen “Kiwakoto hajime (Start)”
A man goes to Kiwakoto to try the tea ceremony which is popular in the city these days. On the way, he found a smart person who was doing tea ceremony in the field (portable tea-set) and called out to him. They make waka for each other, they were completely at a hit, and the banquet started. “Oh, oh, oh, it’s just.” “It’s full.” The two, who enjoyed the new year’s dances and songs with drinks, got in the car and took them to the tea ceremony of Kiwakoto. It is a performance that we want to show you in accordance with this New Year tea party. New Kyogen “Kiwakoto jukebox”
To celebrate the New Year, the God of Fortune appears. It is said that it appeared to give good fortune to the visitors. We ask our customers to draw their fortune, and kyogen performer performed dances and songs written on the paper. It’s just a kyogen jukebox. At the end, both of our customers and performers had a big laugh to welcome the new year. “Hahahahaha” After a good laugh in a space where the voice echoed, the feeling is also cheerful. 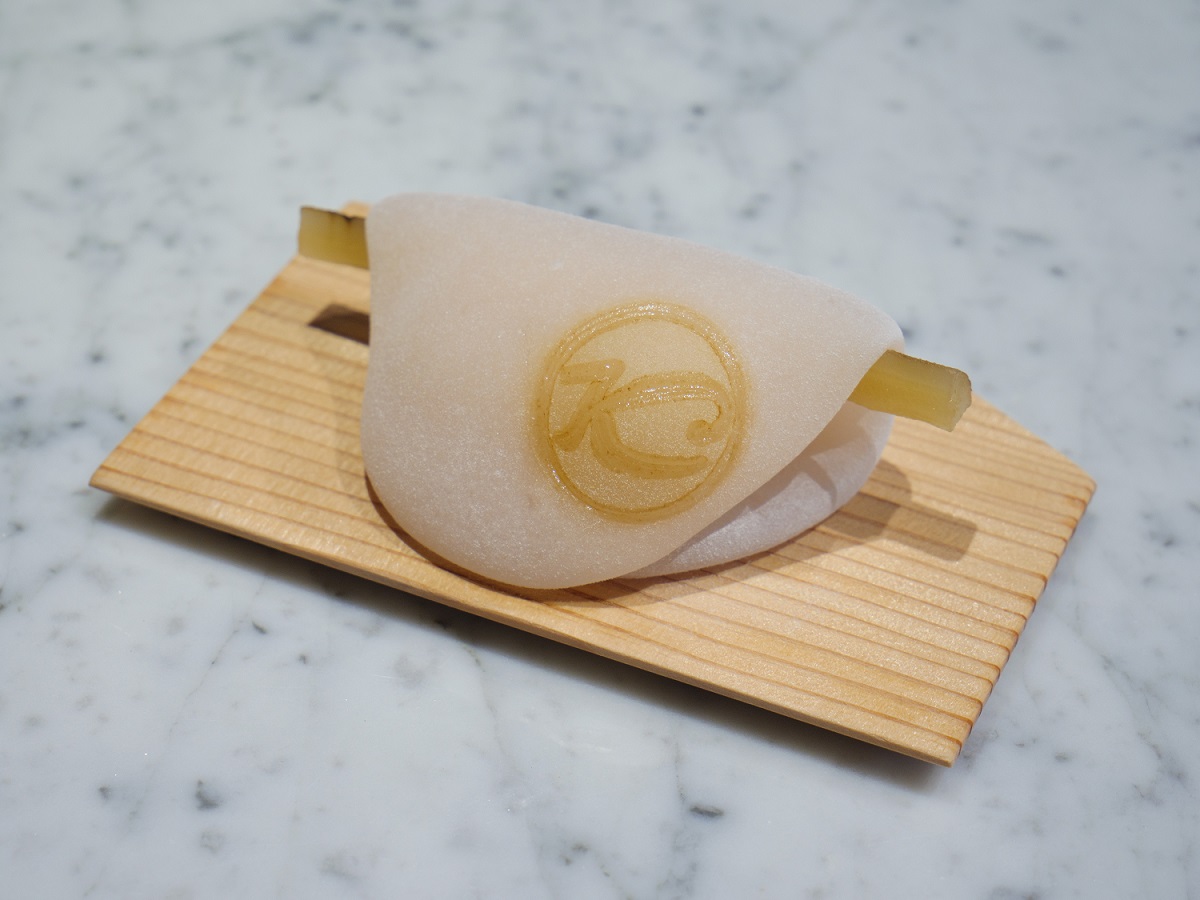 The origin of the petal rice cake is in the ozoni (porridge) of the Emperor’s family. This was a thin round rice cake used in the New Year’s Kagami-mochi (mirror rice cake), layered with diamond mochi, white miso was applied, and dried salmon was put on it.

“Onhi-hanabira” which became the origin of the petal rice cake
It began when the eleventh generation Gengensai of the Urasenke brought back the Emperor’s ozoni and asked Michiki Kawabata, who had paid rice cakes to the Imperial Palace to share the joy, to produce it as a Japanese confectionery for the first tea party of the New Year. Because raw odors are disliked in the tearoom, burdock is put in place of the salmon.

It’s as if the rice cakes are filled with good fortune, share with everyone about the joy of the New Year.

A space of silence waiting ahead of the move 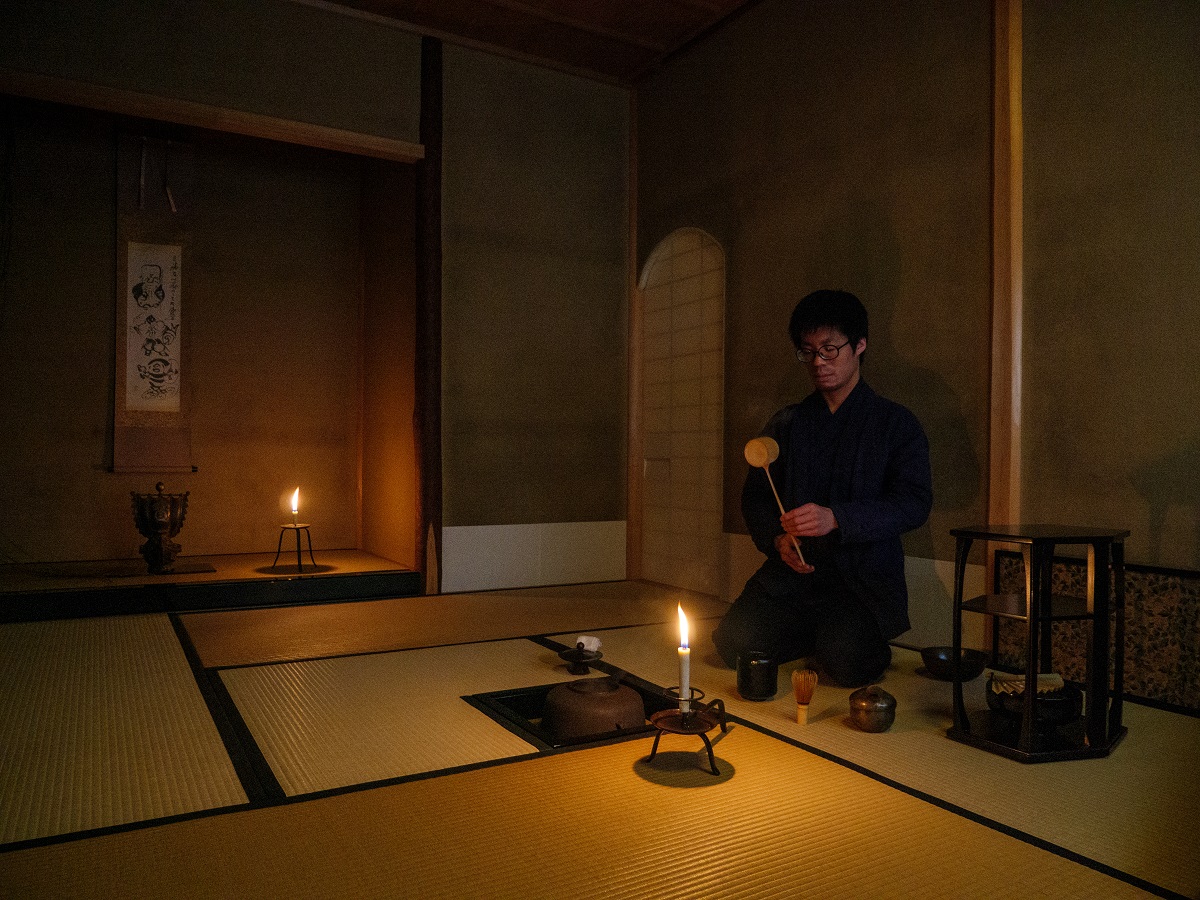 After getting into Craft-car and enjoying a move for a short time, our guests arrived at the Josenan (tearoom) witch lighted up with Japanese-style lanterns. Till a moment ago, The rise of feelings calms down at once, and a kind of mysterious time begins. From here on out, there is an unknown time that only those who have experienced it can taste. After drinking a dark tea that wakes up at once even drunk, then return to the daily life.

Partners
Fukutaro Nakayama
Born in 1986. In 2013, he participated in the launch of the Pottery House (Totosha). He has continued to take into concrete tea ceremony in various forms, such as “Kamocha” which performs tea in Kamokawa river, and “The Present Japanese Tea Ceremony” workshop at MUJI.

Eriko Mikubo
Born in Sakai in 1992. Graduated from Urasenke Gakuen Tea Ceremony College. Participated in the launch of Sakai Risyo no Mori. Since 2017, she has been based in Totosha. Currently, he runs a tea ceremony class and presides over the “Josho Kama” and holds a meeting to connect tea and people in Japan and abroad.

Shinich Yutani
In 2005, at the same time as entering Kyoto University, he joined the Kyogenkai (Kyogen Association) and studied under Masao Kimura and Masami Amitani, a chef of the Okura-ryu Kyogen. Through hands-on classes and workshops, he activities that invite many people into the world of Kyogen. He is also actively involved in collaborations with various fields such as tea ceremony, painting, contemporary theater, and stand-up comedy.

Keisuke Kawata
Born in 1980. 1In 1999, he joined the Kyoto Kyogenkai (Kyogen Association) and studied Kyogen under Masao Kimura and Masami Amitani, a Kyogen chef. After graduation, he has also been involved in popular activities such as hands-on classes and workshops, and is also focusing on activities that spread the laughter of Kyogen to the present day, such as the creation of “Salaryman Kyogen” and “SDGs Kyogen”. The opening reception was held on April 11 ahead of the grand opening.

Touryou ito from Kennin Temple, and Koutaro Watanabe from Takram, where titled with a traditional tea name, made tea while the reception with our portable tea set. This is a portable and authentic set that you can enjoy and use as you like. They provided us a very graceful teatime.

In our flagship store, we exhibit merchandise made by craftsmen.
Please enjoy the unique space where there is the craft-car. 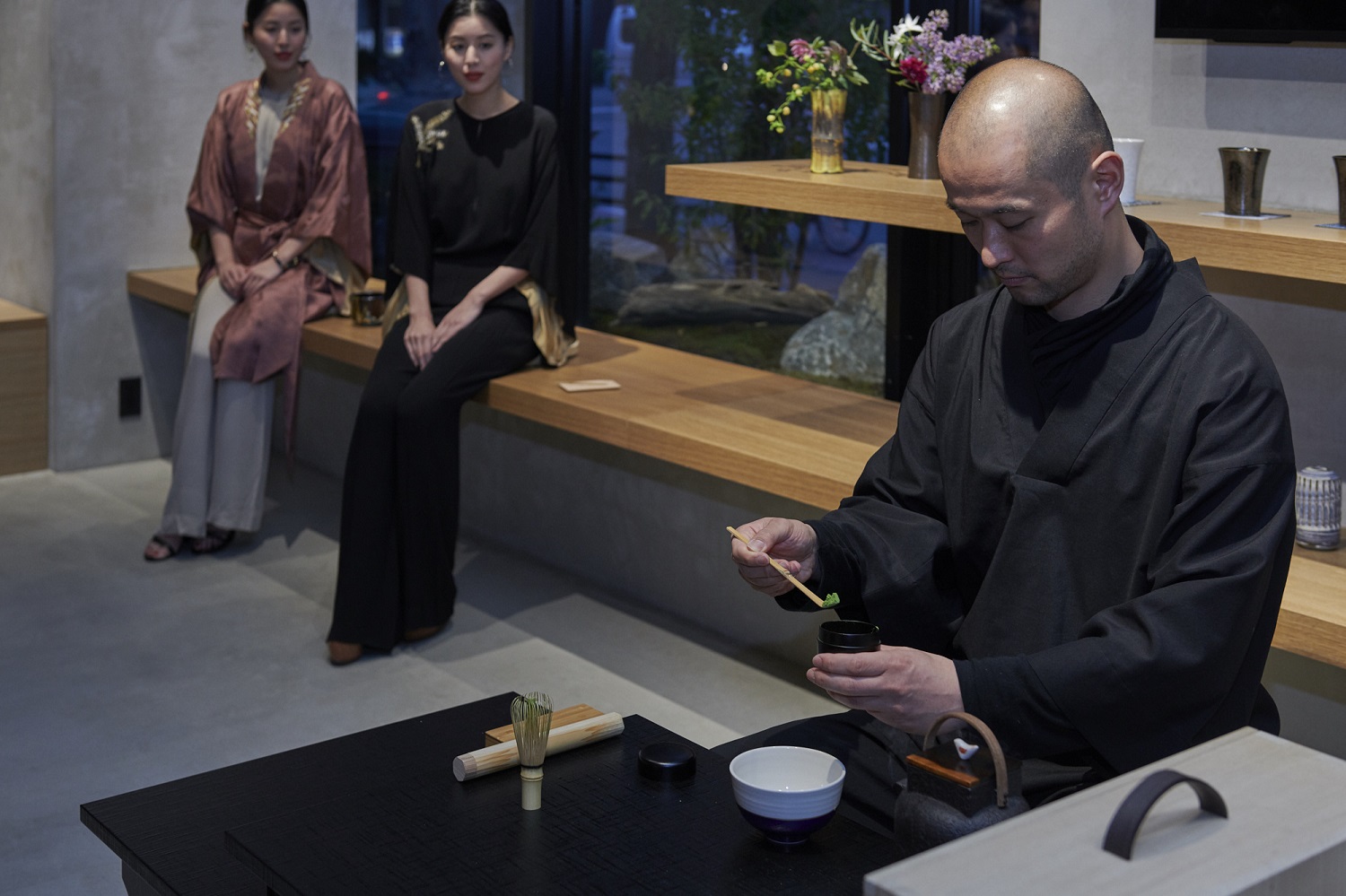 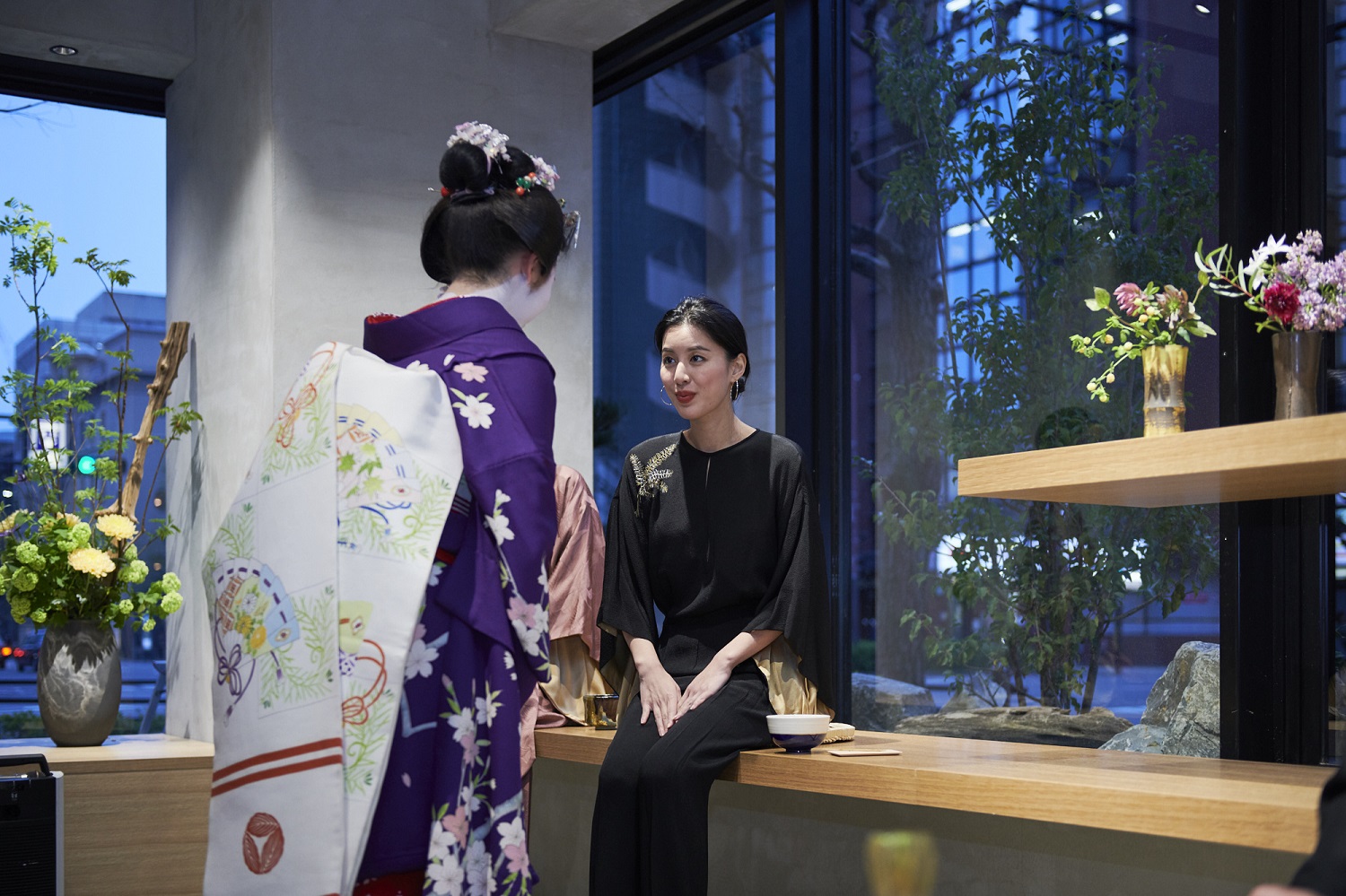 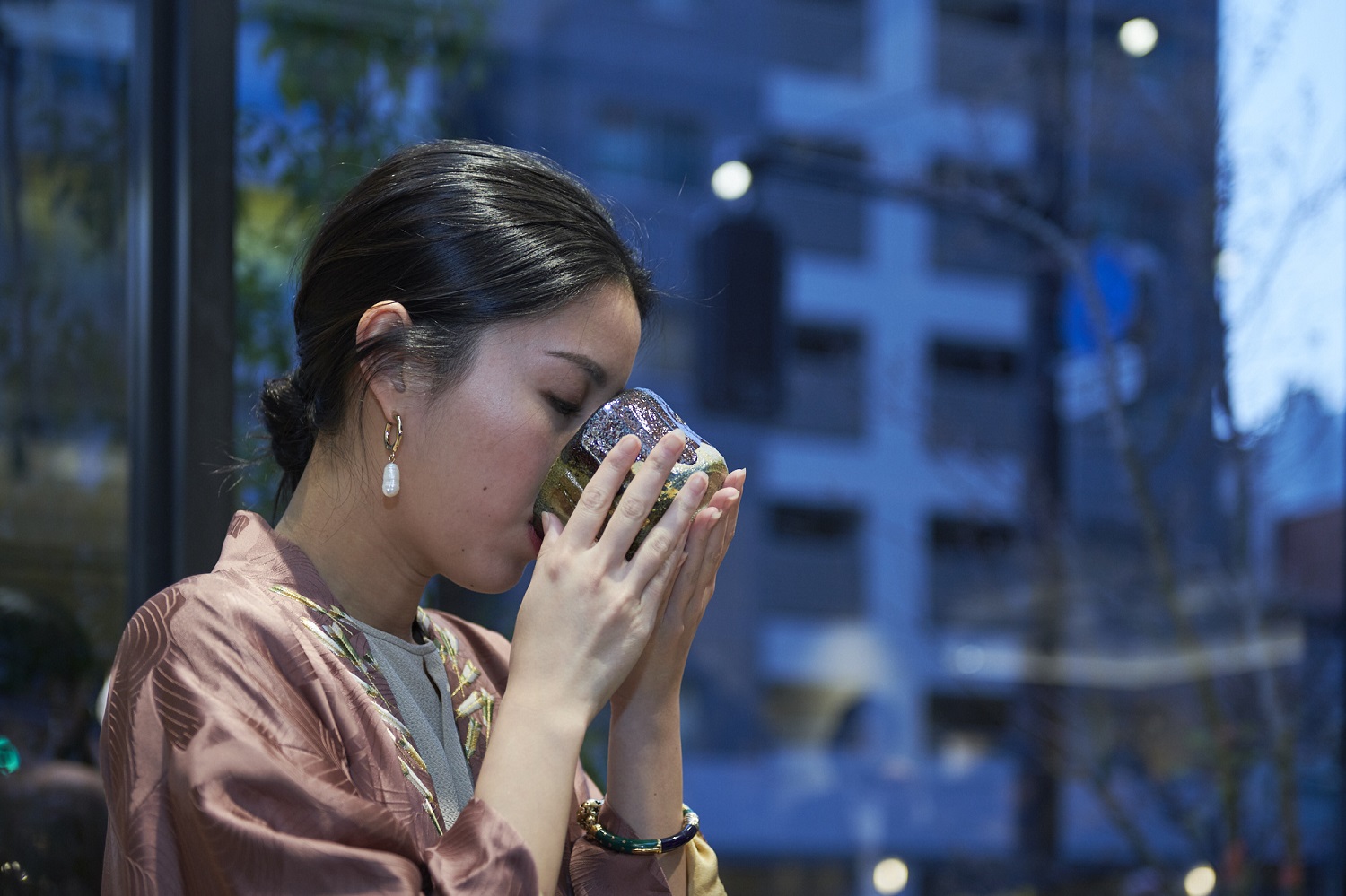 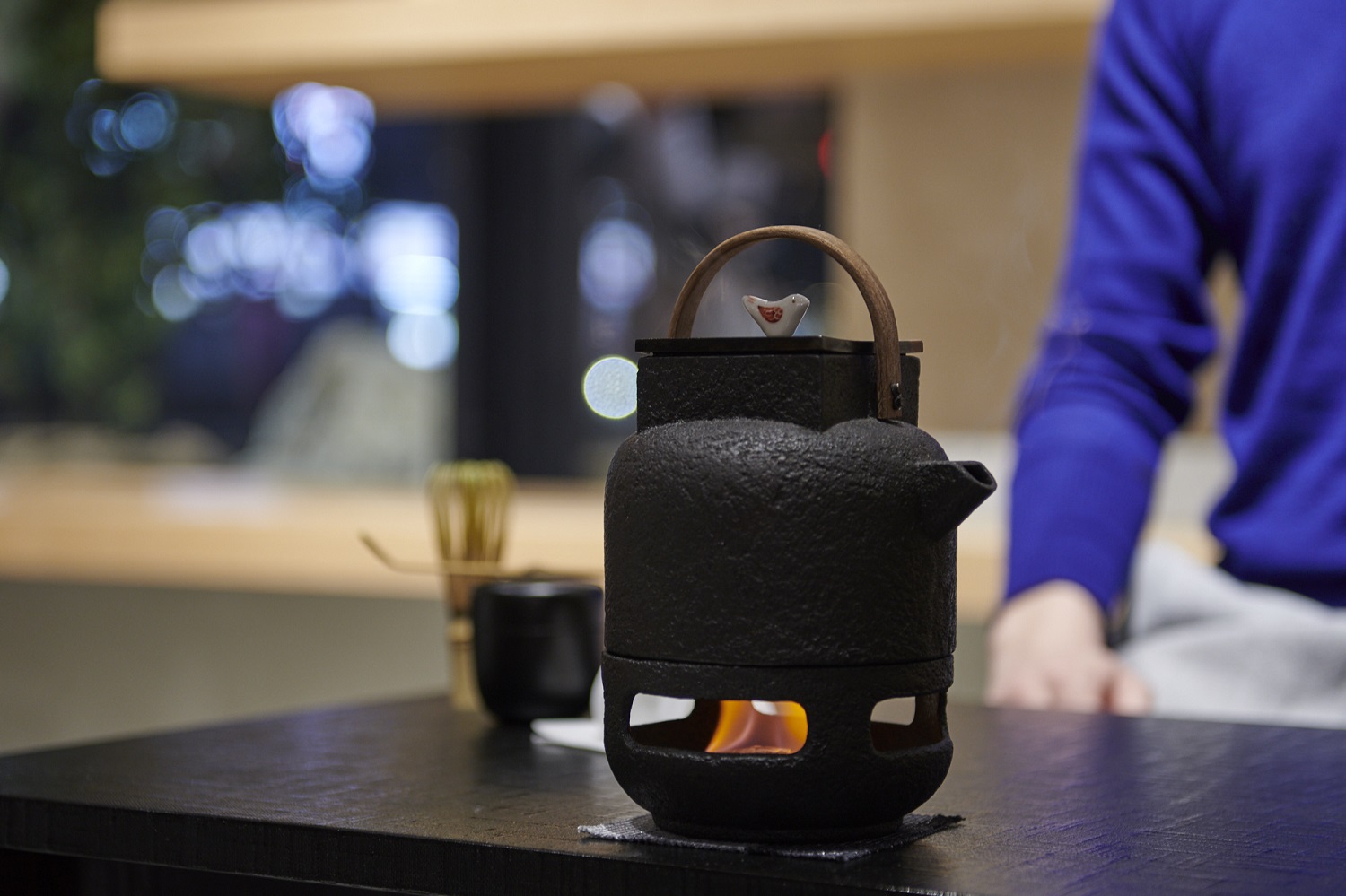 Exhibition in Dress Up Night IN CHORAKUKAN Report and Remarks

On Saturday, March 2ed, we displayed craft-car in the “Dress Up Night IN CHORAKUKAN” urged by the owner of the Dinner Club· HANKYU Umeda Store. Everyone dressed up to attend the party, wandering in the music of Marimba and enjoying magic, and had a test drive in the craft-car. Everyone was amazed and moved by the craftsmanship. It combines with the architectural items of CHORAKUKAN, which stands in Kyoto and has a long history, and deduced an extraordinary space.

CHORAKUKAN
Was built in MEIJI 42 years (1909) as a guest house, by the tobacco King known as the industrialist – Kichibe MURAI, for entertaining guests from domestic and abroad. It will celebrate its 110th anniversary in 2019. In SHOWA 61 years (1986), it was designated as the tangible cultural heritage of Kyoto City, including the building and many furniture in it.
http://www.chourakukan.co.jp 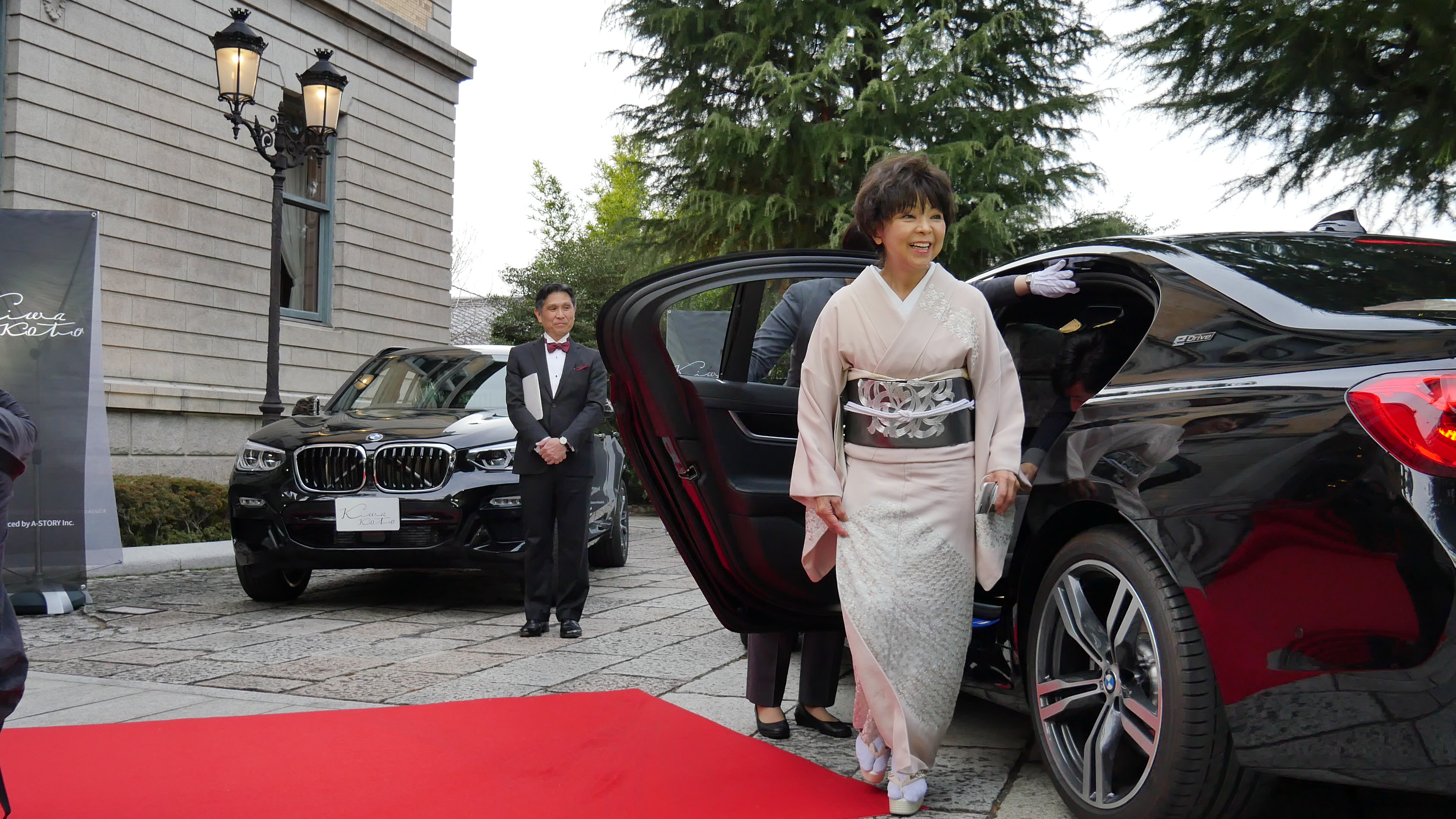 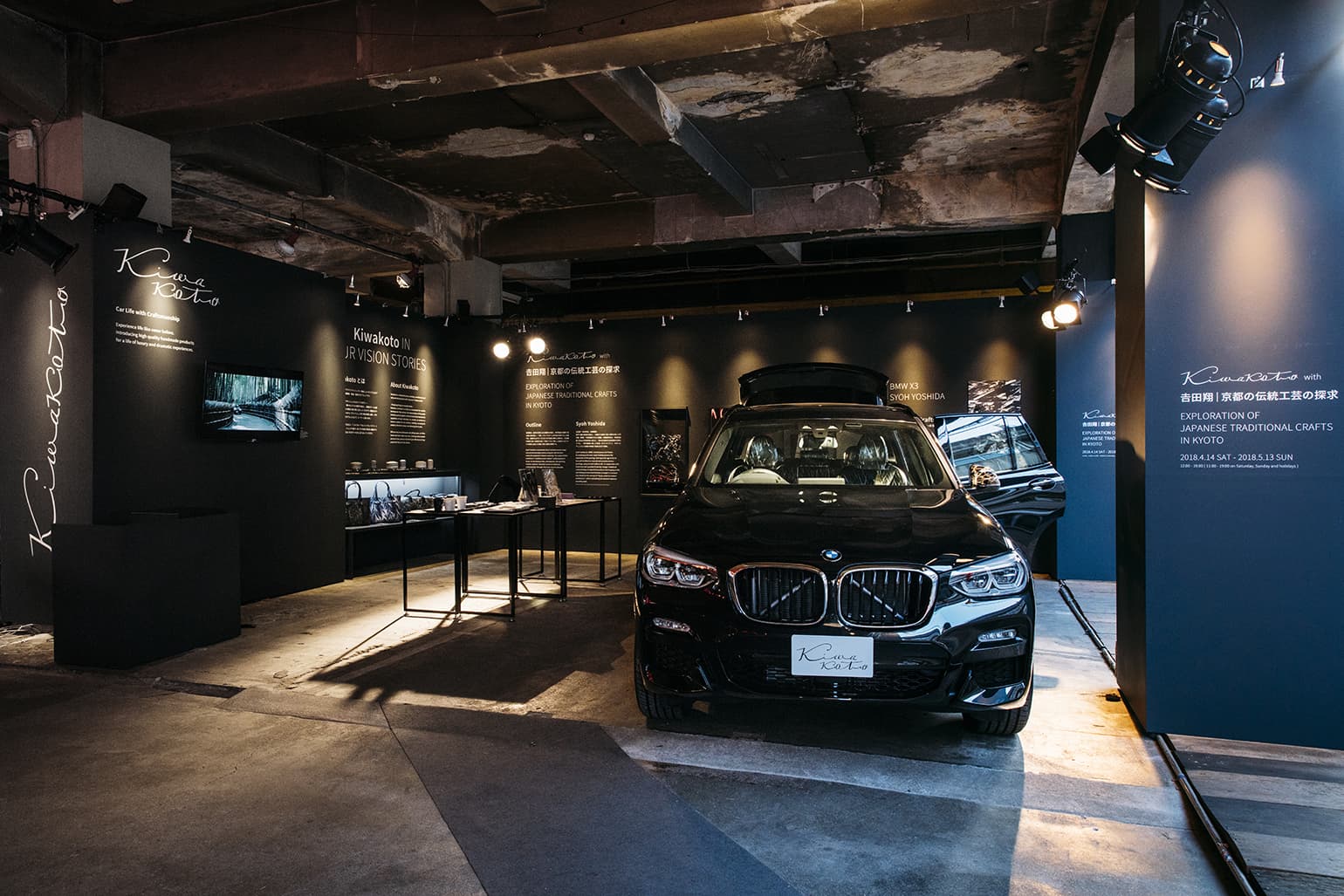 The theme of KYOTOGRAPHIE this year was “UP”.
We were trying to cover the image of “UP”, to create a new wave of traditional craftsmanship and driving life in the world. The response from our customers were extremely good, the visitors resonated with the exquisite technology through the craft car and handmade products. It was so grateful for us to hear “There was such a technique!” from our visitors, this can be the power for us to go on developing our brand.

Really thank everyone for coming and visiting us.